One of the most fascinating people connected with the history of Bradford sport was John ‘Jack’ Nunn who lived through a period of extraordinary change in his adopted hometown. Born in 1841, Nunn was not only witness to the emergence and transformation of sporting activity in Bradford, he was an influential figure in bringing it about. By the time of his death in 1929 he had seen first hand the remarkable growth of the city and the sporting revolution that had taken place.

His parents had been actors – his father had opened the first music hall in Bradford and his mother was relatively famous. They had settled in Bradford and he was educated at Watson’s Academy in Cheapside. The least sensational aspect of his life was that he became a civil servant and worked for the Bradford Postal service until retirement in 1901.

Nunn was one of the original members of the Rifle Volunteers, promoted to sergeant and became president of the NCO’s mess [1]. In April, 1866 he acted as a special constable during the Fenian disturbances in White Abbey, Bradford. His membership of the Volunteers proved instrumental in developing his passion for athleticism and he was a prime mover in gymnastic displays, assaults-at-arms, and shooting competitions. In 1866 he was also one of the promoters and the original captain of the first swimming club in Bradford. In October, 1876 Nunn arranged for Captain Webb, who had swum the English Channel the previous year, to give a talk at St George’s Hall at which the 3rd West Yorkshire Rifle Volunteer Corps band entertained the public during intervals.

He was known as an all-round athlete who ‘excelled in all manly games except cricket.’ He achieved success in activities as diverse as boxing, running, club swinging, quarter staff, fencing, hammer throwing and weight putting as well as rifle shooting. He also played (rugby) football, originally with Bradford Caledonian FC as a full back and then with Bradford FC at Apperley Bridge (although he was not a first team player, probably on account of his age). He later became a non-playing member at Park Avenue in 1880.

In June, 1877 Nunn had been involved in the organisation of a spectacle at the Valley Parade Skating Rink in which an American pedestrianist, E P Weston attempted to walk 400 miles in five days. The event was reported to have attracted a fairly large crowd and it seems fair to say that it was the focus of gambling interest. Weston used the Belle Vue Hotel for rest and refreshment and was said to have been successful in his feat with 90 seconds to spare. The following month Weston was unsuccessful in his attempt to walk 180 miles in two days with Nunn acting as a promoter.

Nunn became heavily involved in the organisation and judging of athletics festivals, gymnastic displays and swimming competitions not just in Bradford but throughout West Yorkshire. In addition to his athletic accomplishments he was also a proficient violinist who was said to be able to play several other instruments. Additionally, he found time to promote and play in one of Bradford’s first amateur dramatic societies and was the dramatics correspondent and Yorkshire representative of the Dramatic Authors’ Society.

Upon leaving Bradford FC in 1882, Nunn had joined Manningham FC and remained a leading member at Valley Parade, instrumental in the conversion to association football and abandoning rugby. According to the Bradford Telegraph & Argus: ‘he visualised the popularity which the Association game would attain, and in 1903 helped to form the Bradford City AFC, which was the pioneer ‘soccer’ club in the West Riding. Since that time Mr Nunn had been actively identified with the club, and saw its rise to pre-eminence by the winning of the FA Cup and its later decline to the Third Division… At Valley Parade he was a director of the new Bradford City until 1928 and was the instigator of what became the Spion Kop. He had plans made up for the erection of a two-tier stand at the South Parade side of the ground and cherished the hope that he could see this carried out.’

A portrait of ‘Old Jack’ hung in the Valley Parade board room and his efforts overseeing the development of the ground between 1906-08 were rewarded with the kop being known as ‘Nunn’s Kop’. 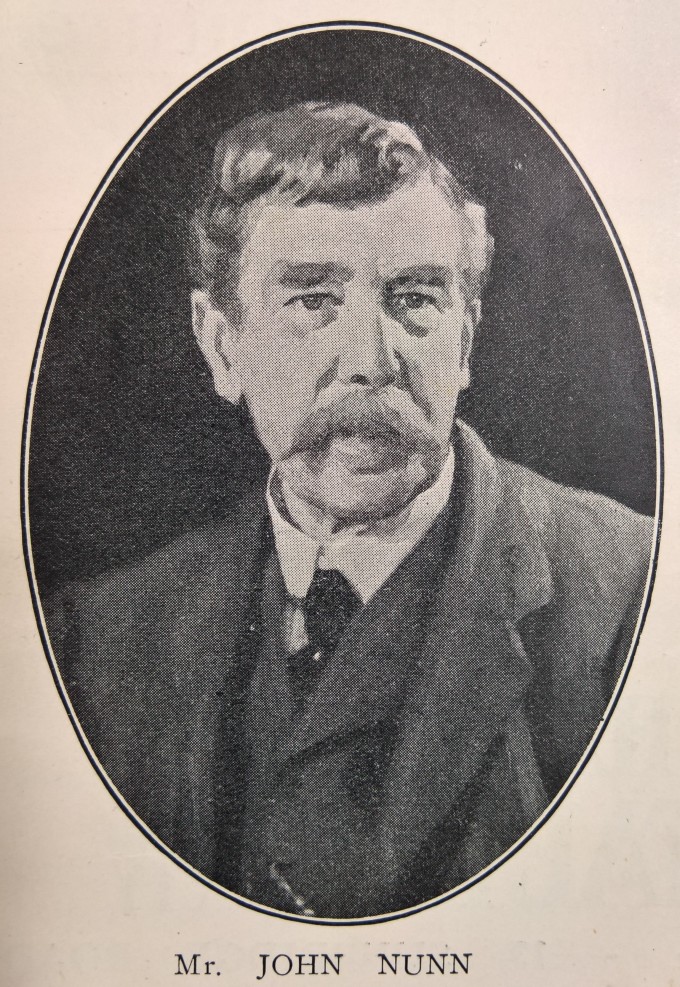 Jack Nunn appears to have been the archetypal physical aesthete and obituaries published after his death in March, 1929 paid tribute to his influence and painted a picture of a colourful character for whom athleticism had been a form of self-expression and lifestyle. This from the Telegraph & Argus: ‘In the fullness of time Jack Nunn, a great sportsman, has gone to his rest, and now there is none left in our city who can claim that supremacy in all-round sport that was him…

‘By the death of Jack Nunn Bradford has lost the last of the old Bohemian type of a former generation. A few of those who went before him were ‘Charlie’ Atkinson, ‘Teddy’ Dobson and Major Shepherd. Those names may not mean much to the present generation, but to a former generation they were symbolic of all that was meant by manly sport and unconventional life. Nunn had been amateur actor, author, athlete, and many other things, and his figure was as picturesque as the life he had led. His parents were famous players in the days of the old Yorkshire circuit of theatres… Jack was captain of the first swimming club formed in Bradford, he was one of the earliest volunteers, crack shot and a famous fencer. He was one of the earliest supporters of the Bradford Football Club, and had been everything that one can be in the world of manly sport, in which he retained his interest to the very end.‘ 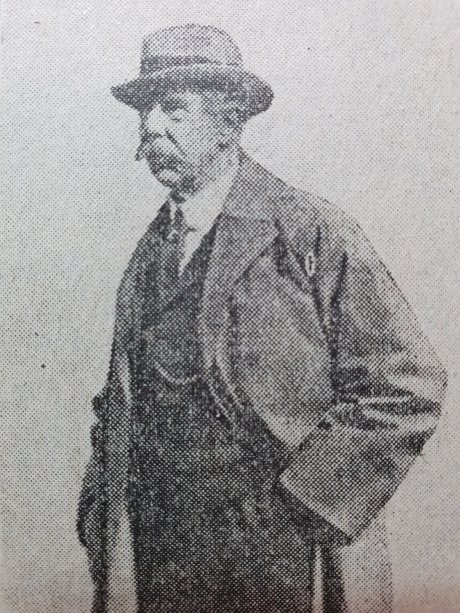 Sadly Jack Nunn has long been forgotten despite his legacy. Aside from his contribution to the formative years of Bradford City AFC, Nunn’s life is a reminder of the common roots of sporting activity in the district and the fact that the origins of modern sport in Bradford date back to the 1860s. If any local sportsman deserves to be remembered by history, surely it should be him. Like many other Bradford legends he is buried at Undercliffe Cemetery.

From ROOM AT THE TOP: The History of Professional Football in Bradford by John Dewhirst. Details: Bantamspast History Revisited

[1] Read more about the Bradford Rifles in this VINCIT feature

Other articles by the same author on Bradford sport history

*** Thanks for visiting VINCIT – you will find other articles about the history of Bradford sport on this site including speedway, rugby union and rugby league in addition to soccer as well as the origins of local sport in the nineteenth century. Forthcoming articles include features on Bradford City, Bradford Park Avenue, cricket, the Priestley Cup, junior rugby, Bradford Rowing Club and the story of Shipley FC. Contributions are welcome! ***