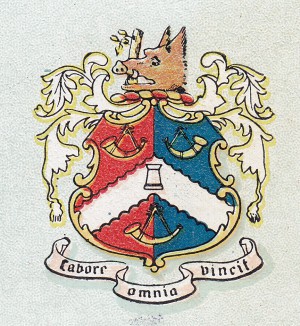 Most football histories are written as chronologies of events and include considerable statistical content. So far as Bradford football is concerned we have a reasonable understanding of what has happened since 1903 but not about why it happened. As regards the nineteenth century, there has been limited understanding of what happened and even less about why. Similarly, a credible explanation of the antagonism between City and Park Avenue has never been provided.

A new series of books – HISTORY REVISITED – is being produced that will provide a fresh perspective on the history of Bradford football going back to its genesis in the nineteenth century.

The first volume,  A HISTORY OF BCAFC IN OBJECTS by John Dewhirst was published last year and provided an original version of the club’s history through surviving artefacts and memorabilia, a ‘museum in a book’. It was acclaimed by Hunter Davies as ‘the best illustrated history of any club I have ever read’.

The second volume, REINVENTING BCAFC by Jason McKeown will be published in March, 2016. This will cover the last thirty years from the re-opening of Valley Parade to the present day.

The story of the origins of sport in Bradford and the rivalry of Manningham FC and Bradford FC as well as their later conversion to soccer will be told in the third and fourth volumes of the series, ROOM AT THE TOP and LIFE AT THE TOP by John Dewhirst to be published  in July, 2016. These will feature the nineteenth century origins of rugby and association football in Bradford and the rivalry of the Valley Parade and Park Avenue clubs up to 1908.

The fifth, and final volume, WOOL CITY RIVALS by John Dewhirst will be published during 2018 and will cover the twentieth century rivalry of City / Park Avenue from 1908 to 1974  and will include many items of memorabilia from both clubs that it was not possible to include in A HISTORY OF BCAFC IN OBJECTS.

Between them the five volumes will tell the story of football in Bradford from its genesis to the modern day and the series is intended to provide a definitive history. There will be subscriber and limited edition hard back issues of each